Skip to content
Tab among menus. Use arrow keys to traverse menu links.

The Temple of the High Country

History of the Temple:

In 1974, a small group of Jewish residents, from and around Boone, met and formed a congregation that was named the Boone Jewish Community. For many years, they held Friday night services in the homes of members and in meeting places at Appalachian State University. Then, for many years, the services were held at various churches and fellowship halls across town that graciously opened their homes to the Boone Jewish Community.

-Temple of the High Country 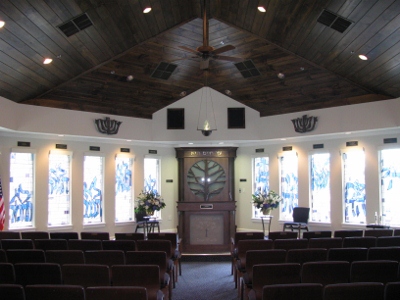 The Temple of The High Country Offers: